So not sure if I’ve mentioned TIS-100 on the blog before or not (update: I have). But it’s this neat computer game where you need to program a network of devices (the “Tessellated Information System”) in a pseudo assembly language in order to make a broader information system work. Anyway I was thinking about doing a hardware implementation of the system and using either some type of ATtiny (probably an ATtiny85, maybe an ATtiny45) or maybe an Arduino Nano. I did a mockup with an OLED display using a nano: 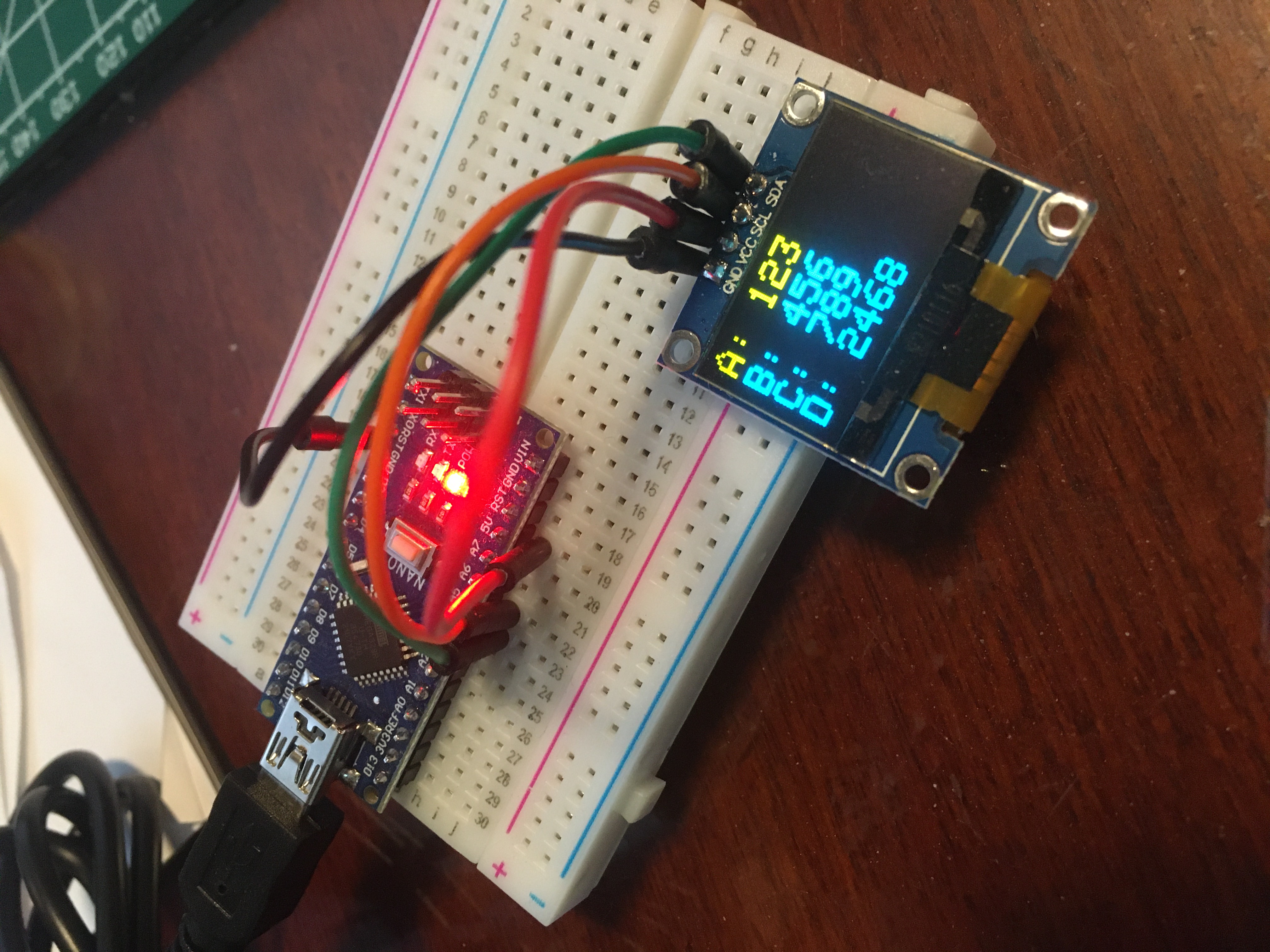 I have just discovered TIS-100. So much fun! It came with my Level Up and Learn: Programming Games Humble Bundle. From Wikipedia:

TIS-100 is a programming/puzzle video game developed by Zachtronics Industries. The game has the player develop mock assembly language code to perform certain tasks on a fictional, virtualized 1970s computer that has been corrupted. The game was released for Microsoft Windows, OS X, and Linux personal computers in July 2015.