From ProgClub
Jump to: navigation, search

This is the ProgClub news for the year 2016. Latest news goes on top.

Wow. What a turn out. Twelve people! That's got to be a record.

Thanks to everyone who came. Photos are in.

Apologies from Tina who couldn't make it due to illness.

p.s. Jams are usually made from pulp and juice of one fruit, whereas marmalade generally refers to a fruit preserve made from the juice and peel of citrus fruits.

The ProgClub Christmas Drinks will be on at the Royal Exhibition Hotel from 5:30pm on Wednesday, December 7. Look forward to seeing you there!

So the Migration 2016 project, in which the entire ProgClub architecture is being re-imagined and re-provisioned on new equipment, is in full swing. We will be moving the network from Ubuntu 10.04 LTS servers from Rackspace to Ubuntu 16.04 LTS servers on Digital Ocean. Expect some small amount of network services interruption over the coming weeks as we get the migration done... apologies for any inconvenience caused!

So ProgClub's 5th birthday party (on the 20th) was a great success. Photos are here. In attendance: Dubz, G, Bozic, CK, Friggles, Carmen, Hailey, Chris, Dedney, Tina, and John. With special guest appearance from Crazy Ice Dude. Thanks everyone for a great night!

So the Comms Bonus winner 2016 is JP. Thanks for your involvement with the club JP and congratulations!

Work has commenced on our network migration project: Migration 2016.

There's a new project at ProgClub: JJcode. This project provides identity key management for your applications. If you'd like to help work needs to be done testing and porting the software, see what's TODO.

Looking for something to do?

There's a new section on the ProgClub website: TODO.

The pcrego registration form now has a New! Improved! layout. You can see it in all its glory here.

John has made a bunch of bug fixes and improvements to pcrego, the club's registration software. 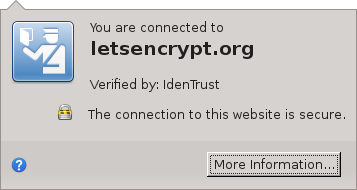 We are happy to report that JP has started hacking on Pcphpjs. A new version has recently been deployed to www.jsphp.com and we look forward to seeing more of JP's work!

JP has made his first commit and is now officially a ProgClub hacker! Go JP! :)

There's a new project at ProgClub: QuitFirefoxAtTime. It's a Firefox extension which allows you to close a tab after a specified number of minutes.

Good news everyone! All good thing come to those who wait. We have recently acquired the domain name jsphp.com which we have used to replace jsphp.co. The new domain is now the primary domain for the JsPHP project: jsphp.com.